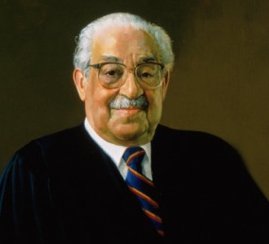 [W]hen a State brings its judicial power to bear on an indigent defendant in a criminal proceeding, it must take steps to assure that the defendant has a fair opportunity to present his defense. This elementary principle, grounded in significant part on the Fourteenth Amendment's due process guarantee of fundamental fairness, derives from the belief that justice cannot be equal where, simply as a result of his poverty, a defendant is denied the opportunity to participate meaningfully in a judicial proceeding in which his liberty is at stake.Ake v. Oklahoma, 470 U.S. 68, 76 (1985) (Marshall, J.)

Defense Attorney on Other End of Justice System

A defense attorney from Wisconsin, Michael Petersen, recently found himself at the other end of a judge’s diatribe and merciless judgement. This came after Petersen was charged with, and convicted of, criminal contempt of court. It is not often that a judge takes such measures, but this case was exceptional for all the wrong… Read More »

A Florida judge is defending his job and decisions after making comments that have put him in trouble. Judge John Contini, from the 17th Circuit in Ft. Lauderdale, must now defend his comments and actions before an investigative panel from the Florida Judicial Qualifications Commission (JQC). Judge Contini’s comments and actions in question were… Read More »

In a rare move by the judiciary, a Florida judge recently ordered a newspaper company to unpublish information the paper published related to one of their stories. The move is rare because of the nearly unfettered ability newspapers have to publish whatever they deem newsworthy. It is particularly rare when, as in this situation,… Read More »

Lawyer Disbarred Over Theft From Clients

The client-lawyer relationship should be one built on trust, respect, and mutual understanding. When we get into any kind of legal trouble that could result in jail, fines, or a lawsuit, we call our lawyer to help us resolve those problems. Of course lawyers get paid for their work, but as a society we… Read More »

In what some are calling a shocking result, the U.S. Supreme Court recently declined to take on a weapons ban case originating out of Illinois. The refusal to hear the case is attracting even more attention, given the recent high-profile mass shootings in recent days and months that have caused the country to ask… Read More »

The FBI recently announced that a Miami doctor and several therapists involved in the Health Care Solutions Network scam have been sentenced to lengthy federal prison terms. Dr. Roger Rousseau received 192 months as a guest of the Bureau of Prisons, as did therapist Liliana Marks. Therapists Doris Crabtree and Angela Salafia were each… Read More »

What can only be described as a tragic and horrendous event made headlines across the country in November. The tragic story began with a mother walking to a local elementary school in Detroit, Michigan, with her four-year-old son; she was on her way to volunteer at the school. En route to the school, she… Read More »

Due in part to South Florida’s status and reputation as the number one place for organized fraud in the country, specifically health care fraud, a federal moratorium on new home health agencies has been extended. Under current federal health care law, a temporary ban can be put in place to prevent the enrollment of… Read More »

In what is being called the largest settlement ever reached in a health care fraud case relating to hospitals’ relationship with doctors, Adventist Health System has agreed to settle the claims for $118.7 million. The fraud claims stem from a white-collar lawsuit alleging the hospital violated a federal law that limits the financial relationships… Read More »

In an arguably surprising move, Governor Rick Scott wants many hospitals in the state to undergo random audits of their Medicaid contracts. This decision comes hand in hand with the state’s desire to investigate nearly 130 hospitals to ensure they are not violating Florida law. The governor has specifically asked the state Department of… Read More »