It may seem hard to believe, but simply making a false statement to a federal law enforcement officer, with or without an oath, can be prosecuted as a crime that carries a penalty of up to five years in prison. This can happen whether you have been arrested or are merely being questioned, even as a witness, and the false statement does not even have to directly relate to criminal activity. Federal agents are well aware of this law and love to catch an individual in a lie or contradiction, not so much to prosecute them for the offense, but rather to force cooperation or a confession to some other crime they are investigating. A skilled attorney is vital to make sure that person is not mistreated or taken advantage of at the hands of law enforcement.

is guilty of perjury and shall, except as otherwise expressly provided by law, be fined under this title or imprisoned not more than five years, or both. This section is applicable whether the statement or subscription is made within or without the United States.

The Florida perjury statute (Sec. 837.02) criminalizes the making of a false statement under oath in any official proceeding, where the statement pertains to a material matter. The offense is a third-degree felony, punishable by up to five years in prison, unless the false statement is made under oath in the prosecution of a capital felony. In this case, the offense is a second-degree felony, punishable by up to fifteen years in prison.

False Statements (to a Federal Officer or Florida Public Servant)

(a) Except as otherwise provided in this section, whoever, in any matter within the jurisdiction of the executive, legislative, or judicial branch of the Government of the United States, knowingly and willfully—

Florida law (Sec. 837.06) prohibits the making of a false statement in writing, with the intent to mislead a public servant (such as law enforcement) in the performance of that servant’s official duties. This offense is punishable as a second-degree misdemeanor, punishable by up to 60 day in county jail. If a person makes a false statement to law enforcement concerning the alleged commission of a crime, this is generally a first-degree misdemeanor, punishable by up to one year in jail.

DO NOT SPEAK TO THE POLICE ALONE!!

As you can see, the scope of these laws is incredibly broad. In addition, law enforcement officers are expertly trained in investigation and interrogation techniques to get one to incriminate oneself. Even if they can just get a subject to contradict an innocent statement made earlier, such as giving a different date or time when describing the subject’s whereabouts, agents can use this contradiction to call the person’s credibility and veracity into question. Now that the police and prosecutors have a potential charge of lying to a federal officer or Florida public servant, whether such a charge could actually stick or not, they have a tremendous amount of leverage to apply against the person and get him or her to cooperate by giving more testimony, or even by pleading guilty to some other offense.

Is there any way to protect yourself from getting caught in this situation? Of course. The best course of action is to refuse to speak with law enforcement without your lawyer present. This is important regardless of whether you have been arrested, are “in custody,” have been subpoenaed to testify before a grand jury, or have merely been approached by police officers or federal agents who want to question you. In any of these situations, statements you make may be used against you, and false statements may be prosecuted as a separate offense.

If law enforcement officers ask to speak with you, politely but firmly decline to talk until you have spoken with your lawyer first. This is your right. If you do not already have a lawyer, contact the Tony Moss Firm, L.L.C. He can advise you on how best to proceed.

Client charged with home invasion robbery and separate carjacking to flee scene; acquitted on all counts. 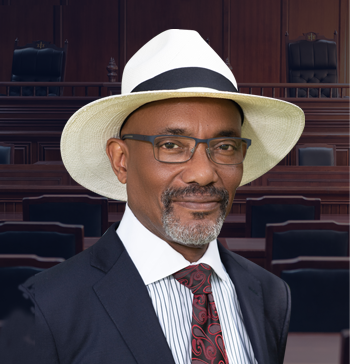